Residents worried about arrival of 5G 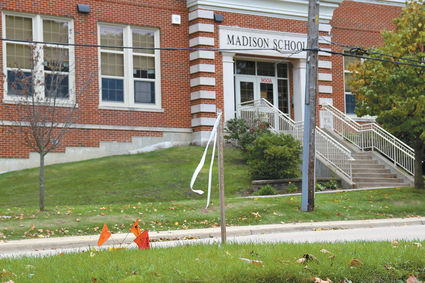 Hinsdale residents have noticed the recent appearance of wooden stakes flanked by utility locator flags around the village. The markers signal potential sites for 5G cell antennas as telecommunication firms look to install infrastructure for the next generation cellular network. Some in the village, however, are concerned with the health and aesthetic repercussions of the technology.

But with federal and state regulations governing installation of such infrastructure, local officials say they have virtually no power to block it.

A number of residents gathered at Tuesday night's village board meeting to express their concerns. Many were alerted to the issue by the sight of utility location flags and stakes suddenly popping up in their neighborhoods.

Jill Sparks, who lives near Ninth and Bodin streets, said she was surprised when she saw a telecommunication company's crew working in the right-of-way in front of her house.

"We were completely unaware," she said, wondering why residents weren't given notice. "A lot of people don't even know what's going on."

Village President Tom Cauley said that's because there have been no applications received for tower installation, just preliminary scouting work.

"There's nothing for us to decide at this point," he said.

In his remarks to open the discussion, Cauley explained that federal law prohibits municipalities from raising health worries due to radiation generated by 5G waves. And the Illinois Small Wireless Facility Deployment Act of 2017 allows telecommunication companies to erect as many antennae as their networks require. Officials estimate that more than 100 will go up across Hinsdale.

"Both the state act and federal law severely limit the ability of the village and other local governments to prevent small cell antennae within our community," he said, noting the low-frequency antennae will be placed several hundred feet apart. "We're basically at the mercy of Verizon and AT&T."

While the state act restricts local zoning authority on the matter, Trustee Luke Stifflear said the village can encourage the companies to use existing poles for mounting equipment instead of erecting new poles and it can regulate the equipment's appearance. The board passed an ordinance in March establishing aesthetic standards for the antennae systems that require them, for example, to have a sleek rather than boxy look and for the cables to match the pole's color.

"We've taken every step we can to make this equipment as unnoticeable as possible," Stifflear said. "The only power that we have is to try and move these (antennae) on existing Com Ed poles or village-owned light poles and for aesthetic purposes.

Several activists from groups working to stop the spread of 5G technology implored trustees to fight the telecommunication companies. One commented about the adverse impact on home values. Cauley said officials are aware of that dimension.

When the village does receive an application to install small cells, a permit must be issued within the 90-day "shot clock" instituted by the Federal Communication Commission last year. Failure to do so by the village would results in de facto approval.

"At this point, with the federal law and the state law and the FCC mandate, there's very little we can do," Cauley stressed.

Resident Marie Runyon, who lives near Ninth and Bruner streets, said she is worried about 5G harming the health of her kids, ages 6 and 3.

"I'm not sure that there have been enough studies that I feel comfortable with the potential health risks," she said. "The technology hasn't been around enough."

"I'm concerned about the presence of it, its effect on property values and the health risks. I don't want to be a guinea pig," she said. "I don't want to see them anywhere. We didn't ask for it." 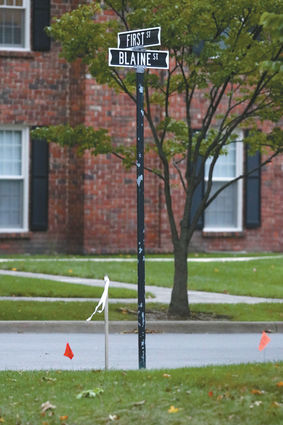 "To the extent any of you have letters that you want me to sign, send them to me, I will sign them and we will send them to whomever you think we should send them to," Cauley said.

Resident Julie Grieve asked the board to help form a task force of residents to mobilize a more forceful message of 5G opposition telecommunication providers. Those interested were instructed to send their names and emails to Gargano.

"Then you can come to village board meetings, we can talk about this, and we can figure out what steps the community can take," Cauley said.