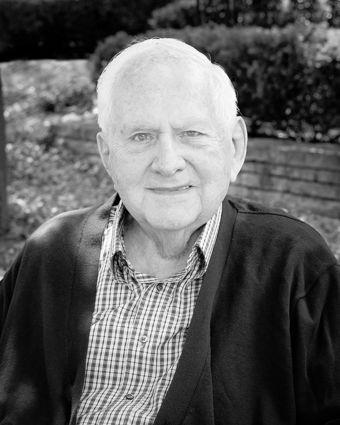 He was an accomplished man who dedicated much of his life to the practice of medicine, but most important to him was his commitment to family and his remarkable marriage to Lorraine, his wife of 63 years.

Dr. Janda proudly served his country in the South Pacific, Japan and Korea. He trained at Loyola, Northwestern and Washington universities, working as a dentist to support his family while attending medical school. He opened his first medical practice in Chicago at age 38. He was board certified in plastic and reconstructive surgery and changed the lives of thousands of patients and their families, reconstructing traumatic injuries and congenital deformities, and providing surgical care on annual medical missions to South America. He was a published author, faculty member at Northwestern University School of Medicine, fellow in the American College of Surgeons, Milestone Member of the American Cleft Palate-Craniofacial Association and president of the American Society of Maxillofacial Surgeons. Although he retired from practice in 1993, he continued to receive letters of thanks from patients until his death.

For all his professional contributions, his life centered on family. He was most proud of his children and found great joy in their lives and achievements. He shared profound love and respect with Lorraine and was passionate about education, travel and the arts.

Dr. Janda was a consummate professional and an inspiration to many. He was intelligent, generous, kind, and grounded in his faith and family.

He was preceded in death by his wife, Lorraine Janda, nee Putman; his infant daughter, Mary Anne, and his parents, Charles and Bertha (Ruzic) Janda.

A Mass was said Oct. 5 at St. John of the Cross Church in Western Springs.

Interment was at Queen of Heaven Cemetery in Hillside.

In lieu of flowers, memorials may be made online to Mercy Home for Boys & Girls at https://www.mercyhome.org or to Esperança at https://www.esperanca.org.