The fabulous flavors of fall

From cocktails to crisps, apples, caramel, squash and more signal start of autumn 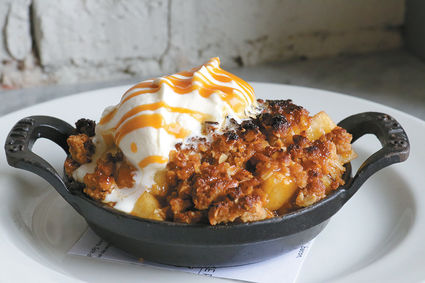 The week opened with a taste of Indian Summer, but today it feels like fall.

And with the cooler temperatures comes the desire for heartier, more filling cuisine. At Page's, the chalkboard indicates the imminent return of one of the restaurant's most popular items.

The tender meat will make several appearances on the menu - served on a dinner plate with mashed potatoes and a veggie, mixed in a skillet with eggs, featured in a sandwich and incorporated into a gooey melted grilled cheese.

Other dishes in demand this time of year are the chili (which comes in a mac and cheese version) and Rallo's famous apple cider doughnuts.

What makes the doughnuts so delicious?

The cider obviously plays a role, she adds, but she won't elaborate.

"I don't give away everything I put in them," she said.

There's no secret to one of fall's favorite treats at The Fruit Store. Granny Smith apples, caramel and toppings (peanut, pecan, walnut, Nestle Crunch and Heath) are the three ingredients in these sweet snacks.

"It's got that tart apple, sweet caramel, and the nuts pull it all together," co-owner Mick Yurchak said. 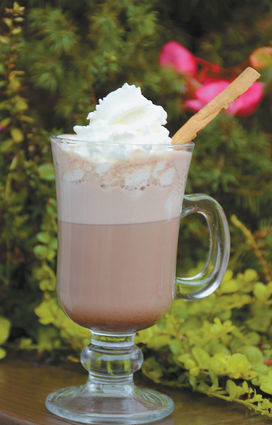 The crisp features apples from Mick Klug Farm in St. Joseph, Mich., rolled oats from Three Sisters Garden in Kankakee and whipped cream and caramel sauce made with cream from Kilgus Farmstead in Fairbury.

Canicosa is using mutsu apples at the moment.

"They are crispy and juicy," she said. "They are great for baking."

The dish is baked in an individual cast iron skillet, which gives it a homey feel.

"I think our food is very approachable. It's probably something you want to come back for and you crave," she said.

With quality ingredients, a delicious dessert doesn't have to be complicated. The crisp is made a handful of items - apples, cinnamon, nutmeg, lemon juice, butter, brown and white sugar, oats and cream.

"We work with some really great farmers," she said. "I think that's what it is. Their products are just amazing."