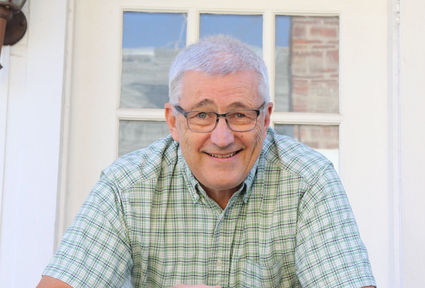 "They needed some walkers for a Memorial Day parade one year and my uncle dragged me over, and I kind of stayed," he said.

Orbell not only stayed, he's starting his second year as post commander. His family's lineage of post members includes his uncle and his great-uncle. The grandfather and uncle of Orbell's son-in-law have been active in the post as well.

As commander, Orbell oversees business of the post and its 111 members, veterans whose service spans from World War II to Iraq and Afghanistan. One of the post's primary purposes is to educate the community about the service and sacrifice veterans have made. Each year members visit Hinsdale schools on Veterans Day and talk with students about the cost of preserving their freedom.

"The schools really do a nice little presentation for us and honor us along with the grandparents and parents (who served) of any of the students," he said. "It's good that they are still thinking about veterans and not forgetting how they have the things they have or where it all started or came from."

Orbell was drafted into the Army in 1970 and served from August of that year until April 1972. He spent six months in San Francisco before being shipped out to Germany, a safer destination than six of his buddies faced.

Spending 10 months overseas in a job with weekends off gave him the chance to see a bit of the world, with visits to Paris and England.

When he returned home, he resumed his job with the Westmont Post Office, which he held until he retired 10 years ago.

Losing WWII veterans like George Hogrewe, who passed away earlier this month, is difficult for the post, Orbell said.

"He was really involved, and he was a good guy," he said of Hogrewe. "It will be a loss for us. We're all dealing with it. We were really thankful that he was here Memorial Day to (read) his last 'Flanders Field,' "

Thankfully, the reading was recorded.

Orwell and other post members worked yesterday to install 100 small American flags on the lawn of the Memorial Building as a reminder of the post's centennial this year. The upcoming milestone resonates with Orbell as a reminder of the service others have put in before him.

"It means that there have been a lot of dedicated veterans that want to stay together and help other veterans and the students and helping out everywhere in the village, whatever we can do, to be represented," he said.