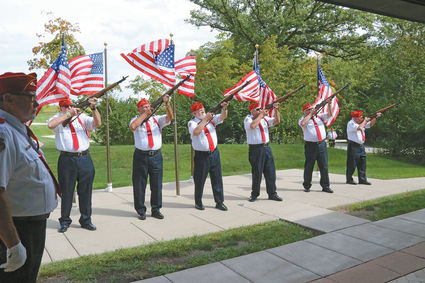 Friends and family gathered at Abraham Lincoln National Cemetery in Elwood Friday for a final salute to one of Hinsdale’s most beloved World War II veterans. George Hogrewe was born and raised in Hinsdale and attended Madison School. It was at Madison that he became known fondly as Mr. George, one of the school’s senior readers. He also returned each Veteran’s Day to take part in the school’s special program. He would recite “In Flanders Field” there and at the Memorial Building each Memorial Day. At the cemetery, a U. S. Navy Honor Guard presented a flag to his daughter, Laurie. Hogrewe served in the U.S. Navy in the Pacific campaign during World War II. Charlie Hartley, chaplain of the Hinsdale American Legion Post 250, delivered the eulogy. (Jim Slonoff photos) 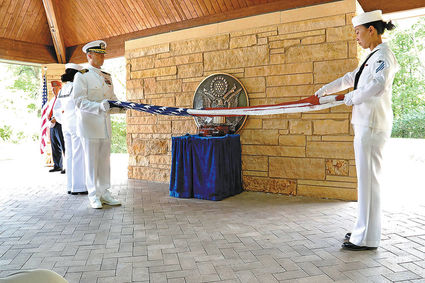