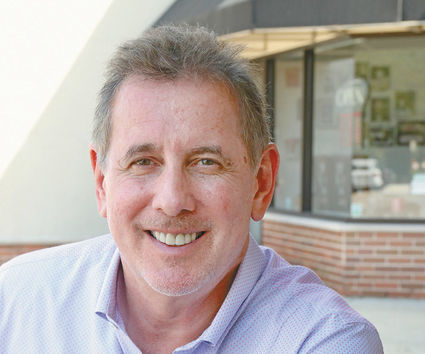 What is the goal or your new evening prayer group?

Mike Stone of Hinsdale is a chaplain and an ordained minister. But he doesn't believe that worship has to take place inside a church. As far as he's concerned, worship can take place any time and anywhere, including after hours in a bakery.

Throughout his adult life, Stone has gained support, inspiration and a deeper understanding of his faith through his involvement in men's prayer groups and Bible studies. When he recently decided to launch a new opportunity for men to gather in prayer and fellowship, his friend Paul Jepsen suggested his wife's bakery as a gathering space.

Stone said there are a couple of reasons behind his decision to form an evening prayer group. First, the semi-retired business owner really doesn't like getting up early in the morning. Second, he hopes the evening meeting time will open up the opportunity to men of all ages, including those who are busy with jobs and families.

"We really want it to be for all ages," Stone said.

The nondenominational Christian group is open to all men. Like the Gospel they will study, Stone said, this group is for everyone.

Attendees will follow an established study guide as they read, exploring and examining the New Covenant of the Bible - the new relationship between and man and his Creator that resulted from Jesus' time on earth.

"It's a new agreement between God and man," Stone said.

Stone will use the study guide to lead discussions, but everyone will be encouraged to participate. No one will be required to talk or to answer questions they don't want to answer.

Of course, Stone has been a man even longer than he's been a minister. He knows firsthand that many men struggle to connect on a personal level with other men. Groups like this, he said, foster friendships and provide an opportunity for men to explore themselves while also learning about God.

Stone said some of his closest friendships are the result of groups like the New Covenant Men's Fellowship. By starting this new group, he hopes to provide that same opportunity for others.

"I know men are looking for that," he said.

Stone plans for the group to meet for 12 weeks, with hopes of continuing long after that initial three months is over.

"We will re-evaluate from there," Stone said.

Participants can RSVP at https://www.eventbrite.com/e/new-covenant-mens-fellowship-tickets-70448725033 or just drop in.

Stone has been part of groups like this one for more than 30 years. He said there's no mystery to why he finds so much joy in such groups.

"I found that small Bible study groups encourage transparency and honesty, which often leads to an outflow of love and acceptance," he said. "Since love comes from God, this all still makes total sense to me."