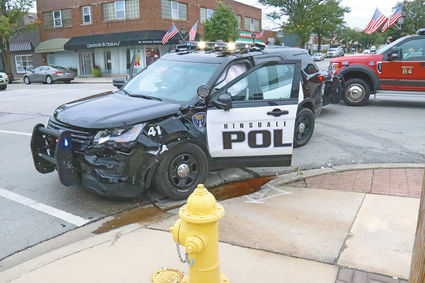 A Hinsdale squad car was involved in a three-car collision shortly after 1 p.m. Tuesday at Chicago Avenue and Lincoln Street. The officer was responding to a report of a domestic incident in a vehicle at Ogden Avenue and Illinois 83. He was taken to Amita Adventist Medical Center Hinsdale, where he was treated and released. The driver of the Lexus was taken to Advocate Good Samaritan Hospital in Downers Grove. Police did not have any information on her condition. No citations have been issued and police said they do not yet have a damage estimate for the squad car. 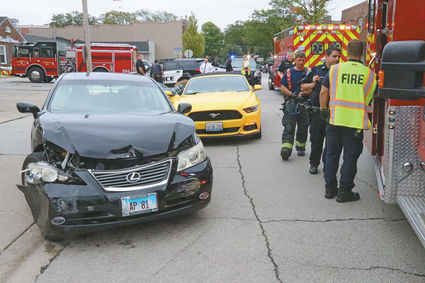