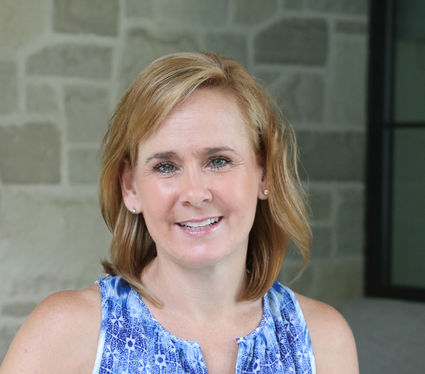 Kari Galassi has spent far more time on a soccer field than a stage. Yet somehow she has found herself at the helm of YES! Productions, a new theater program for young people in and around Hinsdale High School District 86.

On her path to showbiz, the mother of three spent time leading the charge for the school district's recent referendum. As president of the Vote Yes committee, Galassi said she got to know her community, and the entire District 86 community, on a new level.

Galassi was involved in fundraising for the previous attempt to pass a referendum in November 2018. When that failed, Galassi said she became even more determined to see the school funding question to success in April.

"I just really got passionate about it," Galassi said.

Her job as president of the Vote Yes campaign amounted to more than a full-time job. When it was over and the referendum had passed, Galassi said she was left with the desire to do even more for the young people of her community and all of District 86.

"There aren't a lot of programs that serve both schools together," she said, and it just so happened that several people on the Vote Yes team were involved in theater. With their artistic skills and Galassi's desire to lead the charge, YES! Productions was born.

The company's first production is set for this weekend (see Page 30 for details). Sixty performers, ages 5 to 15, will tell the story of Ariel and her dream of leaving the sea for a life on land. "It's the full Broadway version," Galassi said.

Galassi said YES! isn't intended to compete with the successful theater programs at Hinsdale Central and Hinsdale South. She hopes it will complement the programs by giving young actors another opportunity to gain skills and spend time on stage.

She said the first show was planned for early September to fill a gap between the end of most local theater programs and the start of the new school year.

"The ultimate goal is to educate the children," Galassi said, as well as to bring all parts of District 86 together on a common project.

A lifelong athlete, Galassi's involvement in theater amounted to an occasional seat in an audience before YES! Productions came along.

"I'm realizing how much work goes into a production," she said. She has assembled an experienced team of local professionals behind her, including Hinsdale South alum Grace Govostis, director of "The Little Mermaid."

"I knew going in it was going to be a matter of putting the right team in place," Galassi said.

With the first show still a few days away, Galassi said she and the rest of the management team already are exploring their next project. They are considering a show that will utilize the talents of older students from across District 86.

Galassi is thrilled with the success of the April referendum, which she said was imperative to the community and its schools. YES! Productions is a fortunate side effect of that success.