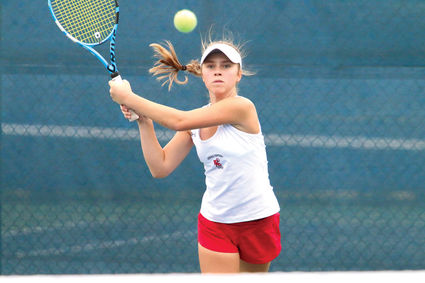 Competition began earlier this month for the girls cross country and boys soccer teams, and the girls tennis team will face its first opponent Saturday. Coaches and athletes on all three squads have high expectations for the fall season. (file photos)

This is the second set of previews taking a look at the teams competing this fall at Hinsdale Central High School.

The football and boys and girls golf teams were previewed in the Aug. 22 issue, available online at https://www.thehinsdalean.com. Boys cross country, girls swimming and girls volleyball will be featured Sept. 5.

Strengths: Last year we were 17th at state which was unusual and, quite frankly, unacceptable to us. It wasn't what we were capable of and it's not what we want. I think this year we are going to bounce back with probably the best season we've had in a long time. One of our quotes at summer camp this year was 'Our diversity is our strength and our unity is our power.' We've got a real diverse group there, but they are all in. The top two are as good as any in the country and the rest of them are improving by leaps and bounds. They key to us is to stay illness- and injury-free.

Who to watch: Our top two will be the best top two cross country runners we've ever had - Emma Watcke and McKenna Revord - the best top two in the state and amongst the best in the country. We've got four others; all are coming off great summers. Cate McCabe, she's a freshman and she'll figure prominently in our top five. She was fifth in the junior high school 2A state meet last year. Then we've got Louisa Brorson. She's a sophomore who ran cross country last year, but only for part of the season, but still was second in the frosh-soph conference meet last year. Then we've got Taylor Wagner and Lucy Fischer, the seniors who are in the top group. Taylor has run 5:11 for the 1,600 in track. There's probably not another team in the state that has somebody as their fourth or fifth runner that has run that fast in the mile. She's finally healthy and so she's going to be a big help to us. Lucy Fischer ran 18:21 at the state meet as a sophomore. She had to work through some health issues this past year. Coming out right now, she's back to where she was the summer heading into her sophomore year.

Outlook: We set our team goals at our summer camp trip, and we kind of keep those to ourselves. As always, we want to be the best that we can be, but we also really believe that if we can just progress from where we're at and stay illness- and injury-free, I think we can run with just about anybody.

Furthermore: Illinois girls cross country is as good as any state in the nation. The competitive level is at its all-time best. Six of the seven teams in our conference are ranked in the top 20 (in the state preseason) and that's not unusual, either. It's a fun time to be a part of what's going on here.

Strengths: Their spirit, their coachability, their enthusiasm - and all of that to complement not only a technically strong team, but a tactically well-organized group of kids. They play the game well, they keep it simple, but they play with an urgency and a willingness to compete that is really refreshing.

Challenges: Their schedule. Strength of schedule is something we take a lot of pride in, and we structure it by design. Everything we do gives us a really good feel for what we will face in the post-season. Our sectional annually is regarded as the toughest to come through. As long as we do everything we can to prepare for that, then we're in the best position to compete at the end of the year.

Who to watch: Our goalkeeping is always strong and so I think we've got four goalkeepers (Nathan Goliak, Ethan Turner, Ryan Koschik and Benjamin Cosentino) that we're carrying. One of them (Cosentino) is going to share time in the field. Aidan White returns as our leading scorer of the guys that are returning. (Junior) Christian Gambla joins us for the first time. He hasn't played in the first two years. He's a very technically skilled player and adds a lot to our midfield. We've got a lineup of 23 kids that are all capable of coming in and contributing. At any give time, we've got guys that can break through in a real positive way.

Outlook: We'll finish competitive - there is no question. With the teams that we face and with the playoff structure that we see annually, we'll be competitive. That's all you can ask for.

Furthermore: I just think it's such a worthy cause that our boys generate that KICK event each year that generates funds for Schools Count Corp., run by former coach Richard Flesher. That's going to be coming up in mid-September. I told Alex Scott, Sean Donovan and Jeff Graham (in 2008), if you are going to initiate this, let your legacy be that this is a charitable service event that is always led by our players. To this day the kids year after year have honored that and they have generated a lot of relief for kids and families, not just in Chicago but across the country. That is really a tribute to our players.

Strengths: It's a very deep team, very deep. Sarah Badawi and Caroline Kotarski, they've been trying to play doubles together these last two years. (Last year) they started playing sectionals together and were in the semis and then Caroline had an emergency appendectomy. Katie Dollens is coming back and she's probably going to head up the singles. It's a very deep team and it's a very young team. I think we have six amazing freshmen who came in this year. We had 33 freshmen come out this year. Not everyone made the team, but a lot of them had to go on varsity. They were that good.

Challenges: With 21 on the team, trying to get playing time for everyone is going to be tough. I also think it's going to be hard figuring out who those state spots are going to be. It's just so competitive, so deep. Obviously as a coach, it's a great problem to have. 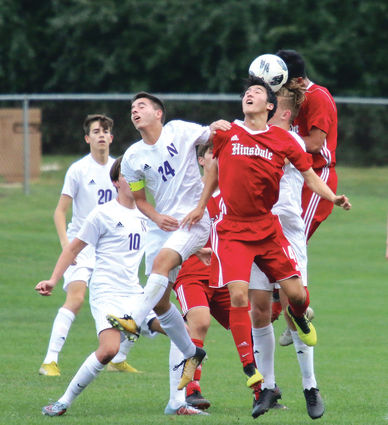 Who to watch: We've got a lot of freshman and sophomore talent. It's a young team led by strong upperclassmen. It's going to be an exciting year. The more I see them practice it's like, 'Wow! We've got a really solid team.'

Outlook: I hope we're going to go all the way again. That's always our goal - win conference, win sectionals and hopefully win state. If everything goes according to plan, we should be able to do it again.