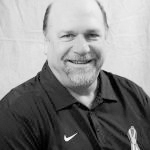 John was born in Chicago and raised in Hinsdale, graduating from Hinsdale Central High School in 1981. He went on to earn his bachelor's degree at the University of West Florida, where he played baseball at the collegiate level.

Services have been held.

Loved ones are invited to sign the online guestbook at https://www.oneilfuneralhome.com