Around the world with No School Studio 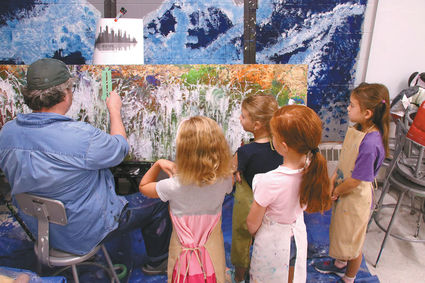 Children who attended the summer art camp earlier this month at The Community House studied and created work from artists in Japan and France. The skyline above was painted in the style of Ushio Shinohara by using boxing gloves to lay down the first layer of paint. They then created a skyline of New York on top of the work to honor Shinohara's adopted city. The kids also created plenty of origami and posable cardboard robots as an example of Japanese Mecha. The clay face was a project using an image from the 1902 silent film, "A Trip to the Moon" based on the Jules Verne story directed by French director George Mieles. Alex McCarty works with LyArts Director Jimmy McDermott during the class. (Jim Slonoff photos) 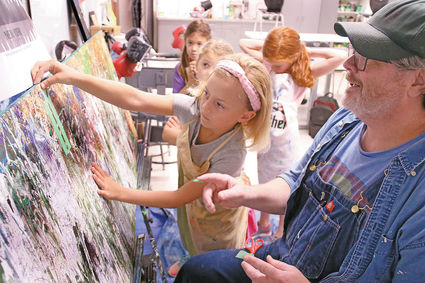