Collegian gets an education in Oxford's hallowed halls 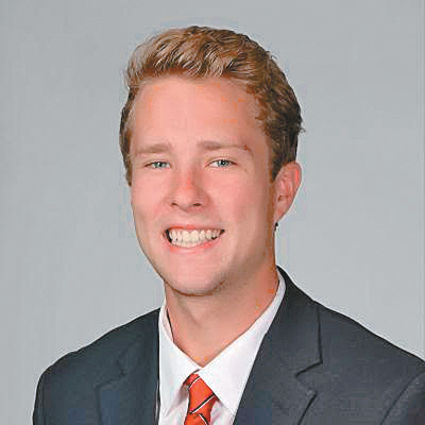 If nothing else, Hinsdale's Peter Marcus' overseas study experience this summer taught him one thing: It's a small world.

"I was in Rome and we went to this bar on the Fourth of July. I ran into a girl who I hadn't seen since middle school. She had been studying abroad in Rome," he recounted.

Pretty remarkable, especially considering Marcus was just visiting Rome on break from his coursework at Trinity College in Oxford, England. The University of Georgia junior took advantage of his school's program at the storied center of higher learning to study international finance and international conflict.

"I've always been pretty interested in travel and history. And I'm enamored with different cultures," he said.

The six-week program included an examination of nuclear-age theory that shaped the Cold War era and of the post 9/11 world that has replaced it.

"I'd never really taken classes that had such a focus on the politics of different countries," Marcus said. "There were definitely some eye-opening lessons."

The classes were rigorous, especially international conflict, which was led by an Oxford don who demanded critical independent thinking.

"It was all about deductive reasoning," he said. "Forming your own argument and not just regurgitating what someone else has said. It was a very hard-earned 'A.' "

As a student of economics, getting an up-close look at the United Kingdom's tumultuous journey through Brexit was instructive. Marcus was able to meet with European Union officials in London to get their take on the issue and pick the brains of everyday British citizens.

"It was very interesting to get those ideas," Marcus said.

Surprised by the modern trappings he found in tradition-rich Oxford, Marcus was thankful that he could indulge his appetites for both authentic fish and chips and comforting American fast food.

He was struck by the diversity he encountered as well as the universal yearnings for economic prosperity, safety and family security.

"You realize that everyone lives their different lifestyles," he said. "But you see so many commonalities in how we live our lives that it gives hope that maybe we can solve some of the world's issues," he said.

He recalled an interaction in Italy where the other party got frustrated because of Marcus' lacking Italian skills. Good for one's humility and also for one's spirit of hospitality.

"I would be a lot more sympathetic and compassionate in helping that person since I've had that experience," he said.

Less than two days after reentry, Marcus was heading back to Athens, Ga., to start his fall semester. He intends to return to Oxford again one day. But next on his itinerary is a trip to South Africa.

"We do live in truly small world," he said. "But it also is a truly massive place out there."