Fall heats up with Devil-ish play 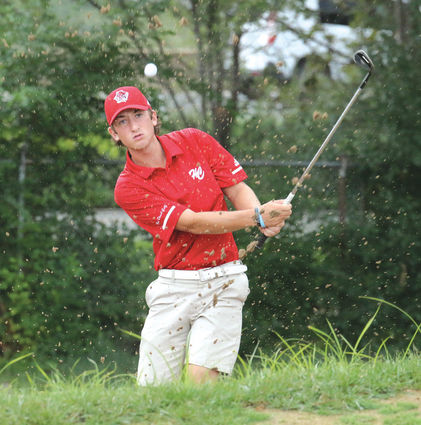 The Hinsdale Central football team is eager to get its game schedule under way, while the boys and girls golf squads already have a couple tournaments under their respective belts in expectation of state title runs at season's end. (file photos)

No Illinois high school golf program has won eight straight state titles. Now the Hinsdale Central boys team has its sights set on making history after capturing its seventh last fall. Meanwhile, the girls squad is aiming to stay among the state's top contenders as it looks for roster newcomers to step up. And Red Devil football has a new coach and renewed motivation to perform on the gridiron.

Last year: 8-3, co-conference champions, lost in second round of playoffs

Team strengths: We have a nice balance of experience and newcomers. We have a great class of seniors who have been leading and making sure that players are physically prepared for the season. Having returning kids like that know the ropes, it's really big for us. We have three returning starters in the secondary, guys who know what is expected.

Areas for growth: We graduated a two-year quarterback, and that's such a key position. We have some experienced wide receivers around the next quarterback to help lead the charge. We also graduated some key people defensively, specifically at linebacker. Those are positions are where we need guys to step up.

Outlook: We're competing for the West Suburban Silver Conference title, with the ultimate goal of competing for a state championship. Our conference is tough, so you get to see where you're at and where you need to improve pretty quickly. I think it's really going to be a matter of how well we play as a team on a week-to-week basis that will determine the level of success we're going to have. The kids have really come prepared and really pushed each other. I feel good about our preparation so far. I think we've got the potential to do well and have a good season.

Team strengths: We've played some nice golf early on and we'll see if we can carry some of that performance into the season. It looks like we'll have a little bit to build on with (seniors) Jack Bartuch and Stewart Leigh coming back from last year. I like the kids, I like their demeanor, and we'll see how things come together. I've got a good top eight, and the next four are pretty good, too. I talk to coaches of other programs and they have a hard time getting their kids to do things in the offseason. Not us.

Areas for growth: I'm still trying to get to know some of these guys. We lost a lot to graduation last year so we're young, and I want to see growth in our short game and our competitiveness. They just need to get used to some of the pressures of tournaments.

Season outlook: We have the same expectations every year - win a state title. That's what we're trying to achieve. It kind of perpetuates itself, which helps me. The challenge is going to be duplicating tournament pressure in practice. They need to push each other in practice, too. I try to play the best teams we can find competition-wise. I've got a lot of new faces so we'll see. We're just going to kind of mix up and roll them around and see what we get. Our (annual) trip to Arizona is a big stage, so we'll see what we can do there. I'm looking forward to the season. I'm hoping we can surprise a few people.

Team strengths: Some of the girls from last year have made improvements. Right now we have a lot of players who are capable of putting up good scores. We have good depth with six or seven girls who can all contribute. 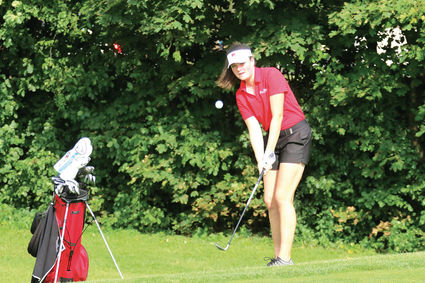 Areas for growth: We've got to take the next step from shooting in the 40s to shooting in the 30s. We need more consistency out of the six or seven girls who can make those contributions. We're focusing on the process, grinding and making improvements that will really help us at the end of year. Most of our core players kind of know what it takes to get through the season. That's really helpful.

Outlook: We're hoping to continue thriving. We're going to work really hard to play our best golf, whatever that may be. We want to have really good team chemistry to help make it a good experience for the girls. We want to make sure that they're playing for each other. As much as it's an individual sport, we just want them coming together as a team and supporting each other. That's cool for me to see.