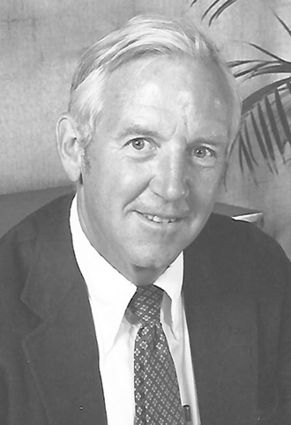 George grew up in Rockford and attended boarding school at The Hill School. Upon graduating, he attended Wesleyan University, where he received 11 athletic letters. He earned an MBA from Harvard and also served as a cadet in the Army Air Corps.

George's career began in his hometown of Rockford, at the Gunite Foundry. After several years in manufacturing at the foundry, he accepted a position with Andrew Corp., moving his family to Hinsdale. He retired as an executive vice president of Andrew Corp. George made a point of getting to know the employees and could often be seen walking the floors of the manufacturing facility, speaking with them.

A lover of the outdoors, especially the Florida Keys and the Colorado mountains, George enjoyed fishing, hunting and playing golf. A member of the Hinsdale Golf Club, he served a term as president. He was Hinsdale's golf champion several times. His passion for golf continued, and he continued to score below his age until his passing.

He was preceded in death by his wife of 61 years, Shirley, nee Lundberg.