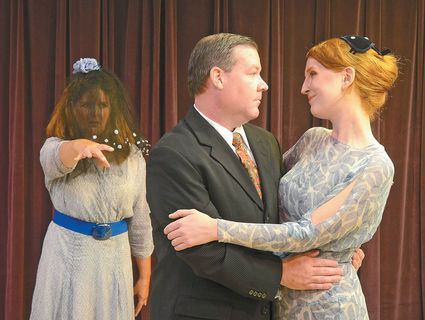 Theater lovers don't have to travel far to find fresh, live entertainment this fall. At top, Julie Tomek Campo, Kevin Wilson and Rachel Gilbert appear in a scene from the Theatre of Western Springs' season opener, "Agatha Christie's Murder in the Studio." Above right, Eben Logan stars as Celie in Drury Lane Theater's "The Color Purple." Lydia Berger Gray and Mark Montgomery, left, make up the two-person cast of "The Guys," at First Folio.

Whether you're looking for drama, mystery or an emotional musical experience, it can be found on a stage not far from home.

New shows are opening at theaters throughout the area, offering Hinsdaleans and their neighbors quality live entertainment without the trip to the city. Here are few to consider:

• 'Agatha Christie's Murder in the Studio'

Theatre of Western Springs opens its 91st season with a trio of mysteries by Agatha Christie. But like any good Agatha Christie story, this performance comes with its share of surprises, said director Jay Fontanetta.

Fontanetta said the tales known as "Agatha Christie's Murder in the Studio" are usually performed as radio plays, with actors reading from the script on a stage free of props or staging and a foley artist creating the sounds that drive the story along.

The show's 20 cast members will have roles to play in all three of the production's short plays, each taking a major role in one show, a smaller role in another and serving as foley artist for a third.

It's a unique experience for both the actors and the audience, Fontanetta said.

While the sound effects will be visible to the audience, the show's props will remain invisible. With the exception of large items such as chairs, most of the play's objects will be mimed by the actors.

It's an added step in the already challenging task of presenting a mystery on stage. Fontanetta said actors of this genre must build tension and suspense without ever letting on that they know how the story ends.

"I love mysteries. I love trying to craft ways to surprise an audience," Fontanetta said. "I think it's going to be a lot of fun."

"The Guys," by Anne Nelson, was first performed in 2002 by Bill Murray and Sigourney Weaver. Seventeen years later, the story of Joan, a writer and editor, and Nick, a New York fire captain, is being told on the First Folio stage in Oak Brook.

Lydia Berger Gray and Mark Montgomery make up the two-person cast of this story about two people whose lives come together as the result of the tragedies of 9/11. Like most people in the days that followed, Joan longed for a way to help. She finds it helping Nick with the seemingly insurmountable task of eulogizing the members of his department who were lost in the day's events.

"It's a really beautiful exploration of how people need to tell their stories and how we all have stories to share," said Melanie Keller, First Folio's associate artistic director and director of "The Guys."

Based on a true story, "The Guys" revisits an experience shared by all Americans and explores the bonds we share simply by being human.

A portion of ticket sales will be donated to the 9/11 Memorial & Museum in New York.

Drury Lane Theatre continues its 2019-20 season with the Tony Award winning musical, "The Color Purple." Based on the Pulitzer winning novel by Alice Walker, the production chronicles the loves, losses, struggles and triumphs of Celie, an African American woman in the American South during the early 1900s.

"It's a gorgeous story about a woman's journey to freedom," said the show's director, Lili-Anne Brown. 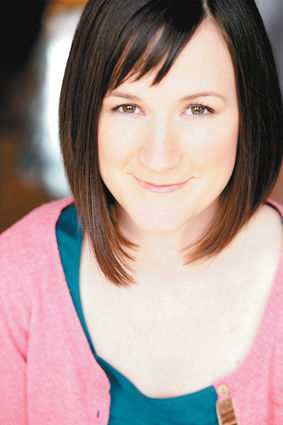 Brown appeared in Drury Lane's 2007 rendition of "The Buddy Holly Story" and is thrilled to be back, this time at the helm of one of her favorite productions.

"I've seen it dozens of times in my life," she said. "The story is one that means a lot to me personally."

Brown remarked that the show's cast of 17 reads like a "best of the best" list of Chicago talent. Using Alice Walker's words, the songs carry the story and the emotion of Celie's journey, she said.

Paired with the choreography of Breon Arzell, Brown said "The Color Purple" is sure to be an emotional experience for all who attend.