Longtime village cop reflects on a career impacting others 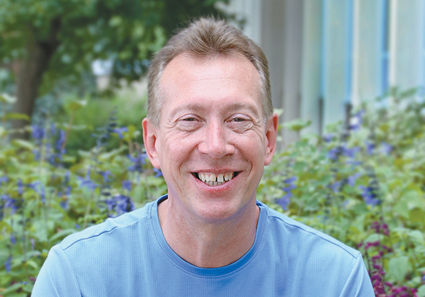 Hinsdale police officer Mike Coughlin could have handed in his badge in January after 30 years of service. But duty kept him on a few more months.

"I wanted to finish out the school year," said the longtime juvenile and crime prevention officer and familiar figure to current and former Hinsdale youth. "I didn't want to leave them high and dry."

Off Cough, as he is affectionately called, retired from the force earlier this month, ending a community-focused career in which he also led the D.A.R.E. program in schools and the department's Citizens Police Academy. Interacting with residents, particularly the younger ones, was his favorite assignment.

"I did Safety Village all the way to the high school level, so that was kind of my role," he said.

Losing both parents when he was 20 left Coughlin responsible for raising his four younger siblings. Out of that tragedy emerged an officer accustomed to guiding others in making wise choices.

The Chicago native grew up set on becoming a firefighter, even vowing to his grandmother that he'd become one. Ultimately, however, he followed his younger brother into the field of criminal justice, taking night school classes at a junior college. He fared pretty well on his first police test but knew he could do better on his second effort.

"I applied myself and the next thing you know I ranked No. 1 (among test takers) in four towns," Coughlin said, one of which was Hinsdale.

He called his grandmother with the good news.

"Her comment was, 'But you always said you wanted to be a fireman,' " he recounted with a laugh.

Coughlin had to come to terms with the limits of his enforcement authority. He recalled one of his first shifts in which he arrested a suspect for damaging the Hinsdale train station.

"He was charged and, before you know it, he got out on bond and he left," he related, feeling discouraged at the time. "When you're young, you're gung-ho and you want to change the world. The older you get, you realize you can't do all those things."

"We had a paddy wagon set up at Robbins Park," he said. "Nobody could get a day off, everybody had to work."

He started giving boxes of glow necklaces to his colleagues for them to hand out as they patrolled to engender a more family-friendly environment. Making officers more approachable factor was his aim.

"I want to be there if (residents) have a challenge or a problem, and for them not to be afraid of police officers," he said.

Coughlin's positive example has had life-shaping results, including one kid who grew up to become a detective with the Chicago Police Department.

"You never know what effect you're going to have on someone," he said.