Camp more than a vacation for family

Teens love Colorado wilderness retreat as much as their parents, who first met there 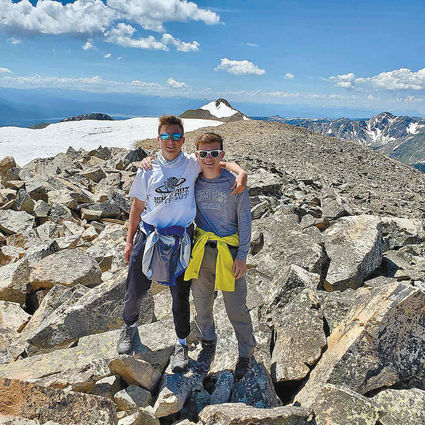 Boone and Cooper Brackett have made friends from near and far during their annual trips to Cheley Colorado Camp. Above, Boone and Jack Arenberg of Clarendon Hills stop for a snapshot during a five-day hike. Boone and Cooper have the camp to thank for far more than a great summer adventure. Their parents, Lori and Ed Brackett, met there back in 1983. (photos provided)

A month without a phone, video games or a computer is a pretty harsh punishment by any American teenager's standards. But for Boone and Cooper Brackett of Hinsdale, it's the best part of summer.

Boone, 16, and Cooper, 14, just returned from their annual month-long wilderness retreat at Cheley Colorado Camp in Estes Park, Colo., just outside Rocky Mountain National Park. As participants in the camp's Trails End program, their home for the month wasn't a cabin or even a tent. They spent their nights in a covered wagon reminiscent of the vehicles used centuries ago by settlers of the west. And like those settlers, they had no electricity or running water and traveled by foot or on horseback.

"I'm already looking forward to next year," said Boone, who will begin his junior year at Hinsdale Central High School next week.

He and Cooper have been attending Cheley for four years. While they attend at the same time, much of their day is spent apart, doing whatever activities each has chosen. Campers in the Trails End program can elect to spend time rock climbing, river rafting, mountain biking, fishing or learning archery, among many other things.

"It's a whole different life," said Boone, whose favorite camp activity is backpacking.

This summer, he embarked on a five-day backpacking trek that required him and his companions to carry everything they needed while traversing some pretty rocky terrain. It took a lot of planning, a lot of cooperation, and in Boone's case, a little quick thinking.

Boone was called upon to use his survival skills - part of every camper's curriculum at Cheley - when he found himself face to face with a moose.

"Moose are by far the most dangerous animal you can encounter," Boone said.

Unlike many animals, a moose cannot be deterred or scared away, he said. But he knew what to do and quickly positioned himself behind a large tree to wait until the coast was clear.

Mom Lori Brackett learned of the close encounter in a letter - the primary form of communication between campers and the outside world. While concerned, she wasn't particularly alarmed. She knows firsthand the skills that are gained by attending Cheley.

Cheley is where Lori and husband Ed Brackett met as teenagers. Lori's brief introduction to Ed in the summer of 1983 left an impression on the girl from Grand Rapids, Mich. When she moved to Chicago 10 years later, she decided to reach out to her camp crush.

Lori said she and her husband knew long ago that they wanted their sons to share their camp experience, which hasn't changed a lot since she spent her summers sleeping in a covered wagon and hiking the camp's rough terrain.

When she and Ed attend the end-of-camp event for families each year, they sing the same songs in the same place as they did decades before. Lori admits she can't hear a John Denver song without tearing up a bit over memories of Cheley Colorado Camp.

"It's a very, very special place," she said.

Boone said he doesn't think of camp as a month spent away from the comforts of home. Rather, it's a welcome escape from the pressures of school, worries about upcoming ACTs and college applications, and the news and politics of the day. It's a month spent focusing on making himself better - physically, emotionally and psychologically. 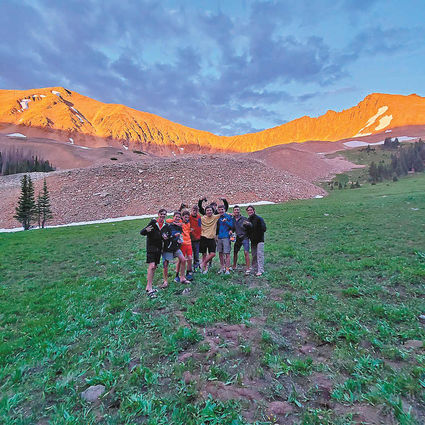 Camp has taught him leadership skills, cooperation, teamwork and perseverance, he said. Perhaps most importantly, it's taught him the value of being prepared while also having the ability to think quickly when the unexpected happens. In short, Boone said, he's learning skills he will use throughout his life.

"You drop off boys and you pick up men," Lori said.

She feels fortunate not only to have experienced Cheley Colorado Camp herself, but for the means to send her own sons there year after year. For those less fortunate, Cheley has established the John Austin Cheley Foundation. Through financial support known as "camperships," teens who couldn't otherwise afford a camp experience are offered the chance to learn and grow.

She encourages people to visit the foundation's website, cheleyfoundation.org, to see how kids' lives are being changed with a single month at summer camp.