Vacation home off the coast of Maine provides connection with family, natural beauty 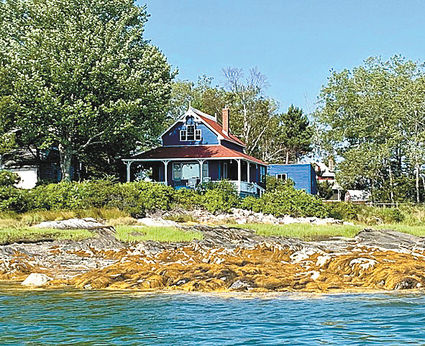 Johanna and Jim Delaney's century-old cottage on Casco Bay in Maine is a great place to gather with friends for a lobster dinner or a quiet afternoon watching the tide. Guests, such as the Delaneys' son, Daniel, and his friends are always welcome. (photos provided)

Johanna Delaney always goes to her Maine vacation home with intentions of settling in for a long summer read. But she's quickly reminded that the beauty around her is far more captivating than the greatest mystery novel or romance.

"We spend a lot of time just sitting on the porch watching the water come and go," said Delaney, whose cottage on Birch Island sits just yards from the shore.

She had visited her sister's home on the island for years before she and husband Jim bought a cabin of their own seven years ago.

"I can see my sister's cottage," one of about 25 on the entire island, Delaney said.

Birch Island is home to little else. There are no stores and no electricity. Necessities such as food are a boat ride away, in Brunswick, Portland, or another seaside town on the mainland.

Delaney spends most of her summer at the cottage, staying for weeks at a time. Jim joins her as often as he can, along with friends and other members of the family. The three-bedroom cabin can sleep eight.

While the island has no access to electricity, Delaney isn't without modern conveniences such as lights, a stove and a refrigerator. All, she said, are powered by propane.

"The only things we can't do are blow dry our hair or watch TV," she said. "It's really quite magical."

The owners of the cottages on Birch Island collectively own a dock and a parking lot on the mainland, which makes visits there easy.

"It's very convenient," said Delaney, who travels less than a mile from her cottage to the mainland shore.

Food is a main event on the island, with big breakfasts served each morning and delicacies like lobster purchased directly from the lobster fisherman's boat.

She and Jim enjoy swimming along the island's rocky shore and kayaking to neighboring islands, many of which are uninhabited by humans.

"We have loads of eagles, herons and osprey," Delaney said. "It's just really a getaway like no other place."

Members of the close-knit Birch Island community come together for a Fourth of July fireworks show, an annual island parade and potluck, and an occasional party, Delaney said, but she said the best entertainment is Mother Nature's ever-changing display of sunrises, sunsets and photo-worthy views. 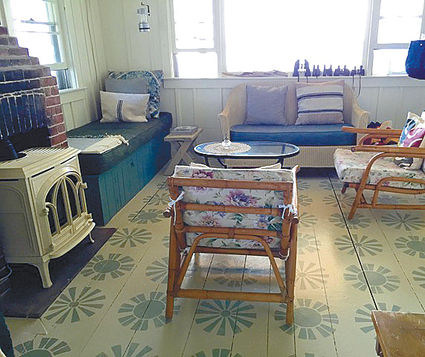 "We get some great storms out here," Delaney said.

And of course, there is always something to fix in their century-old cottage. Most of the cottages on Birch Island, including Delaney's, were built generations ago.

For Delaney, her island home is a place to get away and to enjoy the beauty around her. But most of all, it's a place where the people she loves can gather to enjoy one another.

"It's really a center for family and friends," she said.

As the days grow shorter, so does Delaney's time on the island. She will make one more visit to the island this year before the cabin is prepared for another winter, which she will spend back home in Hinsdale, anticipating spring and her return to island life.