From lavish vacations to more rustic ones, traveler always finds something new to explore 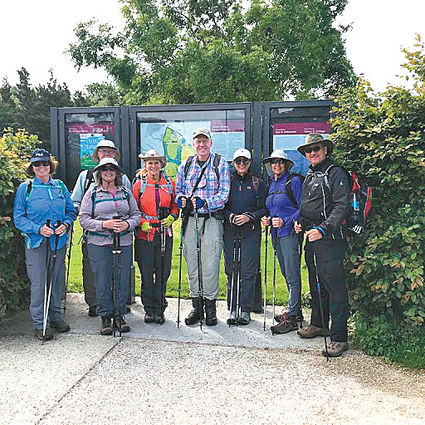 From hiking in Ireland (far left and above left) with neighbors and friends to exploring the wilderness of Alaska with her niece, Diane Sarther of Hinsdale has made the most of her summer. (photos provided)

The decision to take her career in a different direction 30-plus years ago opened up a whole new world for Hinsdale resident Diane Sarther.

Along with her switch from hospital nurse to college instructor and research consultant came time and opportunity to travel the world.

"It kind of broadened my horizons," said Sarther, who makes full use of the vacation time allowed by her academic schedule.

The desire to explore other cultures, landscapes and lifestyles was planted long ago for Sarther, whose parents would pack up the family every summer for a two- to three-week trek.

"My parents always placed value in travel. It really started then," said Sarther, who carried on her family's summer tradition by traversing the country with her own three children. Traveling in a conversion van, the four would set out each summer to explore a new part of the U.S. or Canada. Once they arrived at their destination, Sarther's husband, Jim, would fly out to meet the family and share in their summer adventure.

With her children now grown, Sarther continues to explore the world each summer - sometimes on foot, sometimes by bike and always in the spirit of discovering something new. This summer, she will bike a 235-mile stretch through Michigan. It will be the last trip on a summer agenda that included a hiking trip in Ireland and a visit to Alaska.

Sarther and a group of women that included several fellow Hinsdaleans spent more than a week this summer walking and exploring the Wicklow Mountains of Ireland. Hiking 12 to 18 miles each day, the women stayed in bed and breakfasts and visiting small towns along the way.

Arriving back home in Hinsdale, Sarther had just enough time to repack before traveling to her next destination, more than 3,500 miles and 11 time zones away.

Accompanied by her niece, Hinsdale Central graduate Veronica Peterson, Sarther flew to Alaska - a place she has visited twice before. It's home to a cousin whose house is accessible only by boat or plane.

During their stay she and Peterson did a lot of hiking, bear spray in hand.

"Luckily, we didn't need to use it," said Sarther. She said she's grown more comfortable with the many creatures of Alaska since first traveling there. And she never grows tired of spotting a moose, a caribou or even a bear during her Alaskan travels. Out on the water, it's common to spot whales, seals and sea lions.

"This time, I saw more eagles than ever," Sarther said. But one thing she saw less of was Alaska's great glaciers. Even in the decade since her first visit, Sarther said there is a notable reduction in their size.

After a full day of exploration, Sarther and Peterson spent their nights sleeping on a blow-up mattress in the back of a rented Dodge Caravan.

For Sarther, travel doesn't have to be glamorous to be exciting. But that's not to suggest that she didn't enjoy the time spent at an upscale hotel on a beach in Oahu or her trip to watch the world's top tennis players at the U.S. Open. She likes it all.

Sarther's adventurous spirit and desire to learn new things has taken her to Brazil, where she studied back in 2003. She's been to Kenya on a faith-based mission trip, stayed in a convent in Rome and backpacked through Vermont and New Hampshire. Every trip, Sarther said, comes with its own lessons and discoveries. 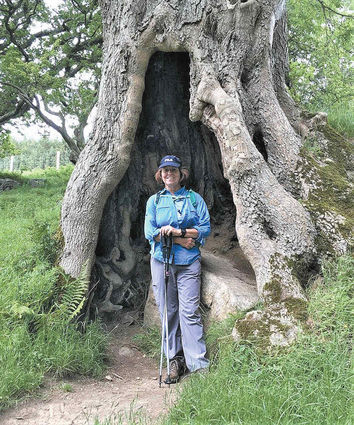 "I haven't stopped the sense of just wanting to go and do these things," said Sarther, who on this summer's trip to Alaska cleaned a fish for the first time.

More new experiences await Sarther and her husband, who are considering a trip to Prague for the opening game of the Chicago Blackhawks' 2019-20 season. This fall, they will explore Nova Scotia for the first time. One day, Sarther said, she hopes to visit Japan and spend time in Eastern Europe.

But first, she'll embark on a new adventure closer to home when she begins a new job at Loyola University this fall - a job that lets her share her love of nursing with the next generation of professionals while allowing plenty of time for her love of travel.