Retiring relatively young was the right move for Lop Chin 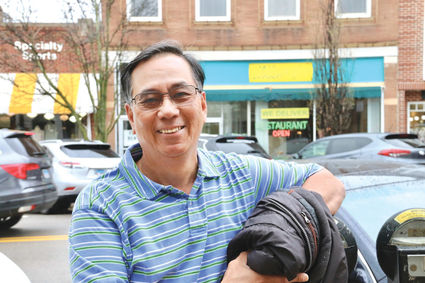 Up until a few of years ago, Lop Chin could climb ladders "like a monkey" and hold his own against his son on the ping pong table. Turning 60, however, seemed to usher in a sensory slowdown and greater susceptibility to aches and pains.

"All of sudden I can't see the ball anymore. He's kickin' my a--! It's not good," Chin said with a laugh. "My body can no longer do things that my mind thinks I can do. Now things I would normally do myself, I hire out."

Chin, 62, is in his fourth year of retirement. He intentionally pulled the cord earlier than many on his work life - spent at his Jade Dragon Restaurant in Hinsdale - to avoid the fate of his parents.

"My parents worked six, seven days a week, 14-hour days," he said. "My mom retired at 65. She had one good year of retirement and she suffered a stroke and slowly dies.

"I said at the time, 'If I don't learn anything from this, what's the purpose?' So I was going to work hard, save and retire as early as I can."

Chin is an avid golfer in season and recently started a self-guided yoga regimen. He uses an app to manage his daily and long-range to-do lists.

"Today, I've got to get my car sticker, my emissions test," he read off his phone. "When I do things, I click it and I hear a ding. When I get a few dings, I feel like I've accomplished something."

He counseled his peers not to put off retirement just to remain at a particular economic comfort level. Other areas of life may suffer as a result.

"When you're physically and or mentally ready to retire, do it!" said the father of a son and daughter, both in college. "People worry about finances, but you'll make it work."

His wife, Ellyn, still enjoys working. He expressed his gratitude that she never greets him with the potentially guilt-inducing, "What did you do today?"

A self-admitted worry wart, Chin endeavors to release his anxiety.

"I try and remind myself, 'Let it go. Don't worry about it. It'll work out fine,' " he said. "Reduce stress, because, to me, stress is the No. 1 killer. I'm trying to stay healthy, which is not easy."

He looks forward to the time when retirement can be experienced as a couple.

"When my wife is ready to retire, at that stage we'll probably do different things. We'll probably travel more," said Chin, noting that traveling has never aligned with his worry-wart nature.

"At this stage in life, I'm just very appreciative," he said. "I really think I'm the luckiest guy in the world."